Sir Alex Ferguson developed a reputation for being a bit of an angry manager and Gary Neville has revealed the fiery Scot was not happy when Ruud van Nistelrooy swapped shirts in the Manchester derby in 2002.

Fergie was completely against shirt-swapping on the whole and saw when his star striker came into the dressing room with a sky blue shirt after a 3-1 defeat to Manchester City in the final day at Maine Road, he made sure he got his point across.

“The City player had come up to him and swapped shirts,” Neville said on the Quickly Kevin, Will He Score? podcast, as per The Mirror.

Bloody hell. You can just imagine Sir Alex with steam coming out of his ears and van Nistelrooy getting the message loud and clear. Prior to the game, Neville memorably snubbed Peter Schmeichel in the tunnel. While Schmeichel readily approached his former United teammate in the tunnel, Neville was not having any of it and outright snubbed a handshake before the match. 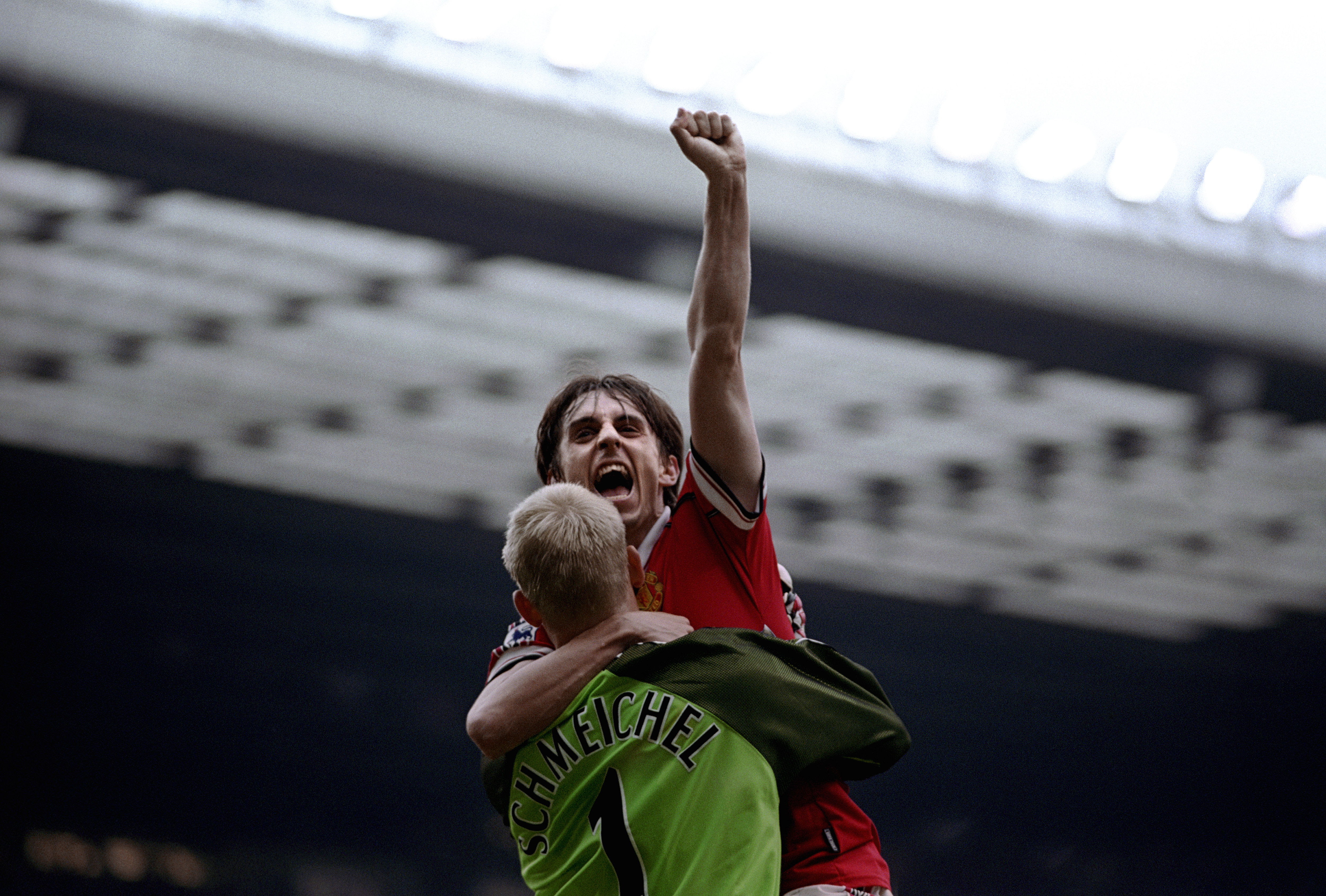 The 43-year old explained his reasoning in the same interview and says it was a mentality Fergie instilled in the players.

“When you look back now and you’re 43, like I am, there’s two things about that,” Neville said. “One, he left Man United at the age of whatever he was, 35, and he said he was retiring, basically to go abroad.

“At the time, when he came back, he played for Manchester City.

“That’s just written in stone. You just don’t play for those clubs, irrespective of what happens.

“With Sir Alex, you’re on an island and we were siege mentality. If you’re not on the island, do one.”