It has been an interesting week for Dejan Lovren.

The Liverpool and Croatia centre-half is often the target of jokes following his claims that he is one of the best defenders in the world. But this international break has seen Lovren in the limelight for several reasons.

His Croatian teammate and Chelsea rival Mateo Kovacic joked earlier in the week that Liverpool would not win the Premier League due to them having Lovren in their defence.

Many deemed it to be a harsh statement from the former Inter Milan man but due to the pair coming through together at Dinamo Zagreb, it is clearly a comment meant in jest. 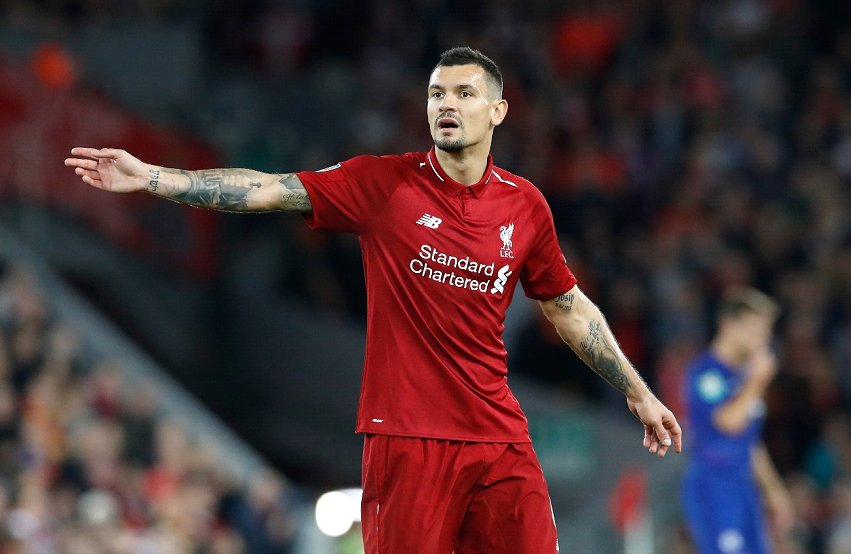 However, one man who Lovren clearly isn’t too friendly with is Sergio Ramos. The Spaniard is currently loathed similarly to a pantomime villain in Liverpool.

The Reds fans are yet to forgive the Real Madrid captain for his involvement in Mohamed Salah’s injury in the Champions League Final back in May, which Real Madrid went on to win 3-1. 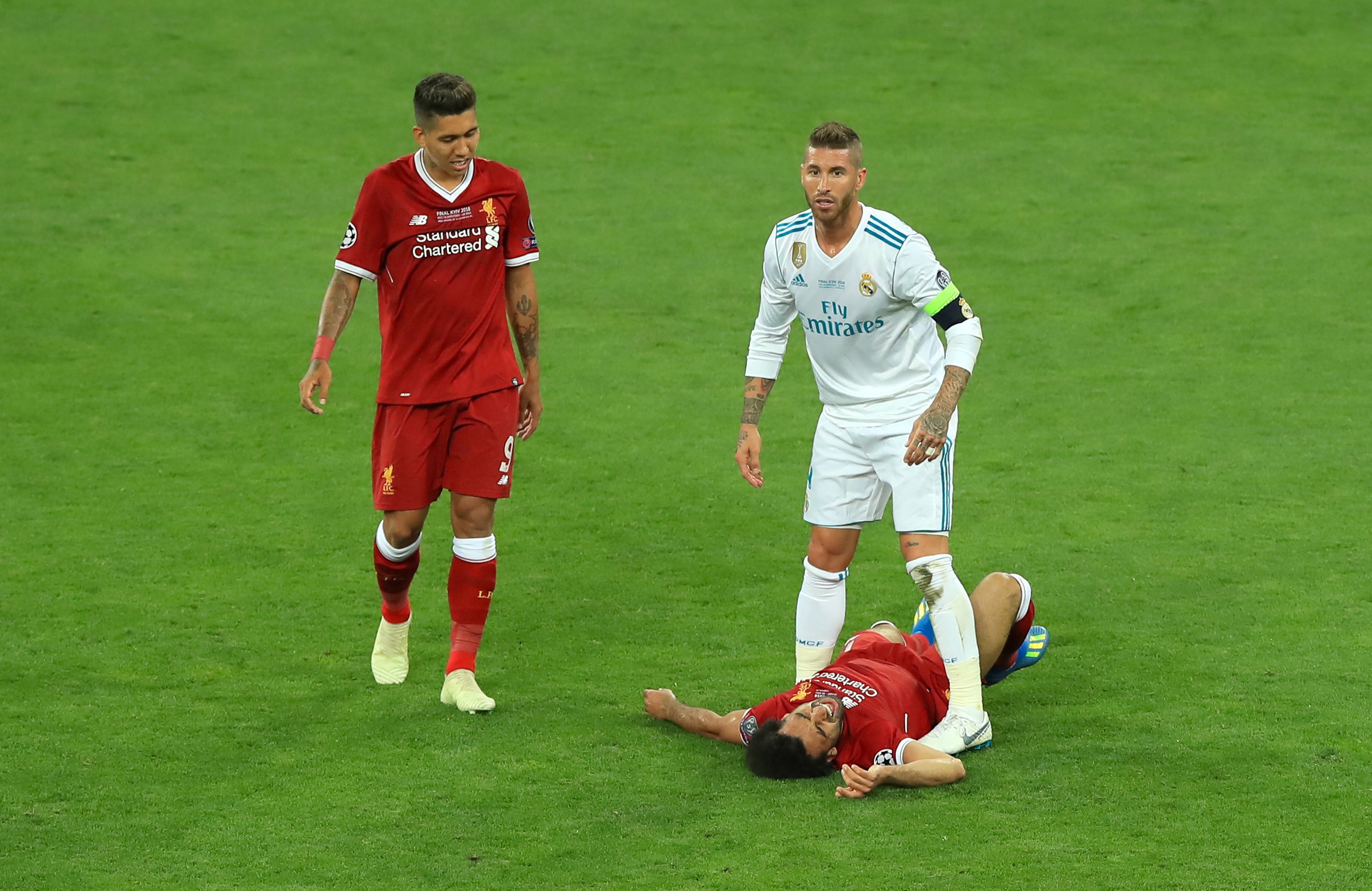 On Thursday evening, Ramos and Lovren lined up on opposite sides with Lovren’s Croatia running out 3-2 winners following an injury time winner from Tin Jedvaj.

However, one big talking point of the match was the former Southampton defender elbowing Ramos, which the Liverpool man then gloated about on Instagram.

This incident was clearly the last straw for one fan, who has taken to editing Lovren’s Wikipedia page. 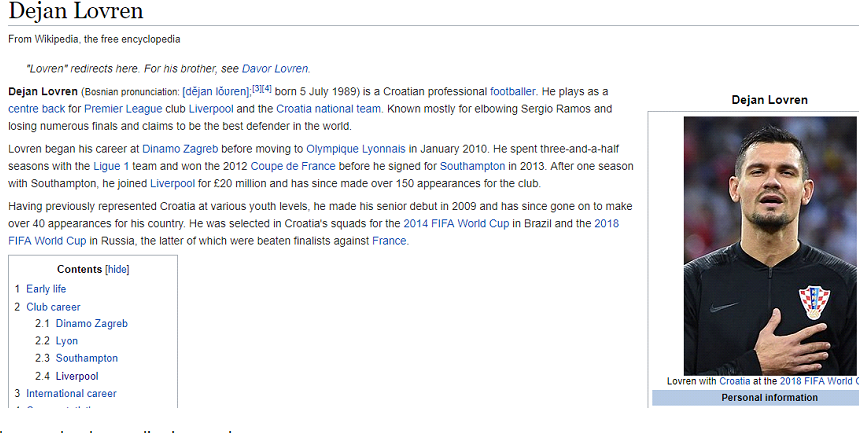 The page was edited to read, “Known mostly for elbowing Sergio Ramos and losing numerous finals and claims to be the best defender in the world.”

Lovren has been on the losing end of two huge finals in the last year, falling to Real Madrid in the Champions League Final as well as losing the World Cup Final 4-1 with Croatia to France back in July. 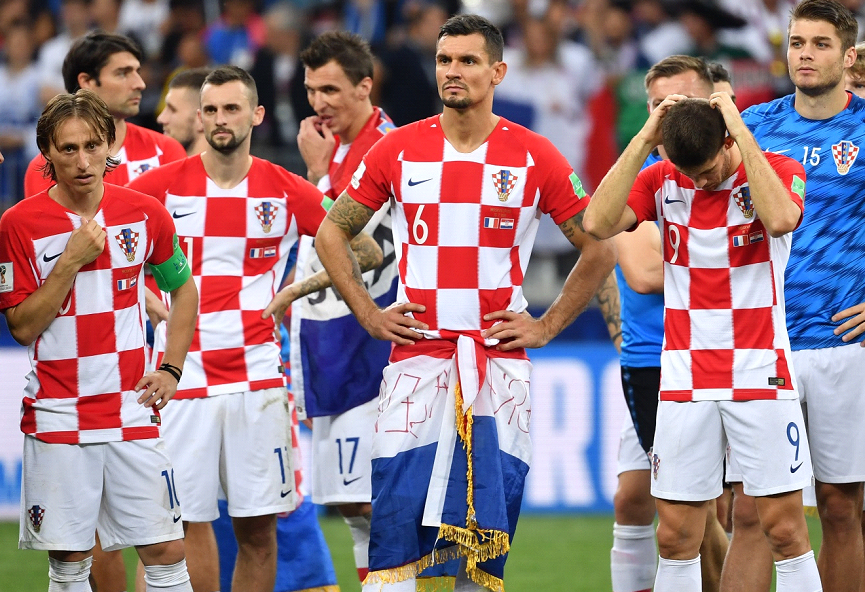 One man who could rebut Lovren’s case as being the best is Raphael Varane, who played against Lovren in both finals and ended up on the winning side both times.

Recently, Lovren took a swipe at Ramos and says the former Sevilla man makes more mistakes than him, they just aren’t highlighted the same. 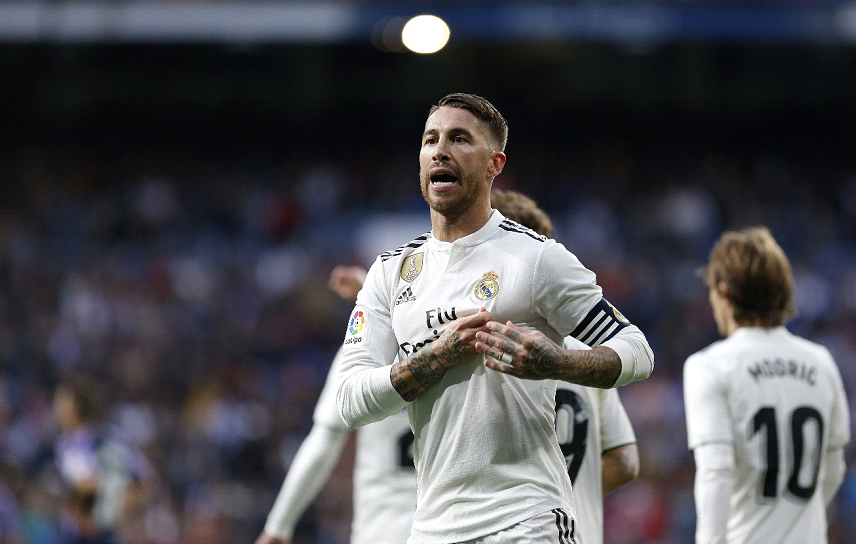 “If you look, Ramos, he has many more mistakes than me but he’s at Real Madrid,” Lovren said (via Sport English).

Ramos responded but stressed he didn’t want to get into it with Lovren.

“I’ve said it many times,” he said (via Daily Mirror).

“I don’t know if these things are said out of frustration or for other reasons.

“I’m not going to answer Lovren or whoever wants to win three front pages or start the news bulletin. Everyone wins things for himself on the pitch.”

Is there a chance that Sergio Ramos is the one who edited Lovren’s Wikipedia? We can dream.